Russian folk songs date back to the time, when the first tribes settled down on the Rus area. Songs were always associated with calendar rites (spring sowing, harvest gathering) or special life events (birth, wedding, love, funeral) as well. The first singers were accompanied by gusli players. The best performers sung in front of tsar and foreign visitors. In this case, main repertoire was heroic ballads and legends.

It is very difficult to determine the exact date of birth of any Russian folk song. Most of them appeared more than a century ago, but are still included in the concerts' program, played on TV or radio.

1.The probable Russian folk song number 1, popular not only in Russia, but worldwide is Kalinka song. The music is often used by skaters and gymnasts, the song was included in reality show in the USA (read about Kalinka dance). In fact, Kalinka music was written by Russian composer Ivan Larionov in 1830 in Saratov.  Thanks to Soviet composer and orchestra conductor Alexander Alexandrov whose version of Kalinka brought the song worldwide popularity.

2. The other folk song, loved by many, is Oh, Moroz, Moroz ( oh, Frost, Frost). There is a tradition in Russia to sing folk songs at the parties or big celebrations when everything is eaten and drunk. One person starts singing, all others join in. The Moroz, Moroz is one of the favorite songs for this occasion. The song was restored from Russian folklore at late 40s by Russian choir in Voronexh.

3. The other quite popular Russian folk song is There was a Birch in the Field. The song is often used for Khorovod dances. You can hear the melody in masterpieces of some Russian and foreign composers. It is said, that even Pushkin liked to hum about a white birch tree, and it was  in the beginning of 19th century.

4. It is worth to mention some other Russian folk songs. The folk song "Here, somebody coming down the hill" is another example of so called "Russian drinking songs". The funny Russian folk song " In the orchard, in the garden". and its music is often used by Russian dancers to perform some humorous tricks.

5. Last but not least is chastushka (chastoochka), a short comic song of 4 lines. It appeared in 19th century and was widely spread not only in villages but urban areas as well. Chastushka comes frommthe verb that means "to do something with high frequency" and probably refers to high tempo of the song. Chastooshkas were an important part of peasant culture. 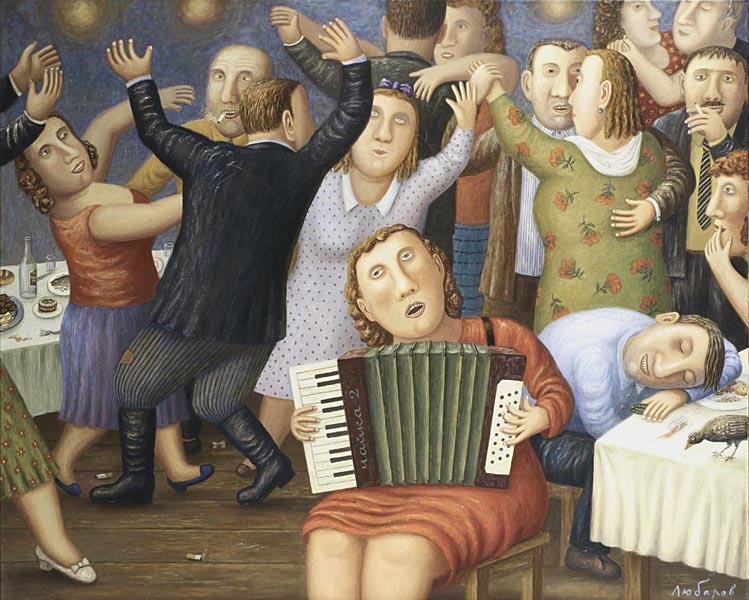 Russian folk songs are so various and diverse, that sometimes it is hardly recognize if it is a true authentic folk music or folkloric style.