Kokoshnik belongs to these words that can be undoubtfully identified as Russian ones. Kokoshnik forebears were known in early 10th century. The word origin comes from the architectural arches called “kokosh” and can be seen on the ancient churches. 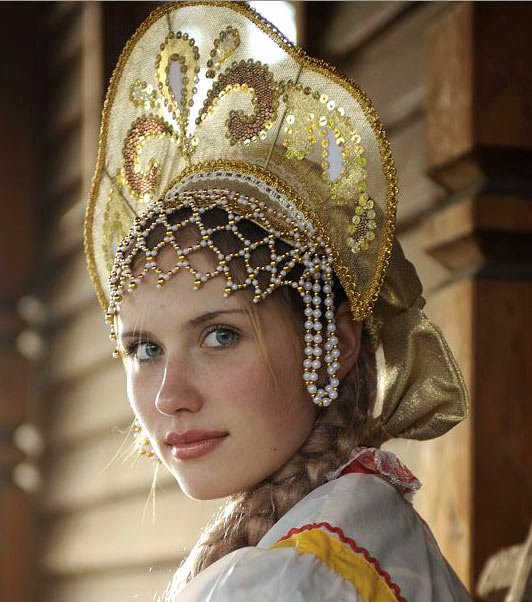 The kokoshnik was usually designed and embroidered to match the costume. The traditional Russian headwear is tied up at the head back with ribbons. Young girls and unmarried women displayed the plaited hair. Kokoshnik was a must for married women who were forbidden to show the hair in public, so they hide the hair under the headscarf and put the kokoshnik on top. In Europe the kokoshnik is often called Russian tiara.

Until Peter the Great the Russian traditional costume was common among all society echelons. But one the greatest emperors banned all folk clothing to impose European style and fashion. Only few decades later Catherine the Great brought the kokoshnik back and officially made it a part of court dress.

In the 19th century, a second kokoshnik rebirth happened during the war with Napoleon. This Russian traditional headdress was the main peasant bride's decoration. In 1834 Tsar Nicholas I issued a special decree that rehabilitated the kokoshnik once more to the royal court. 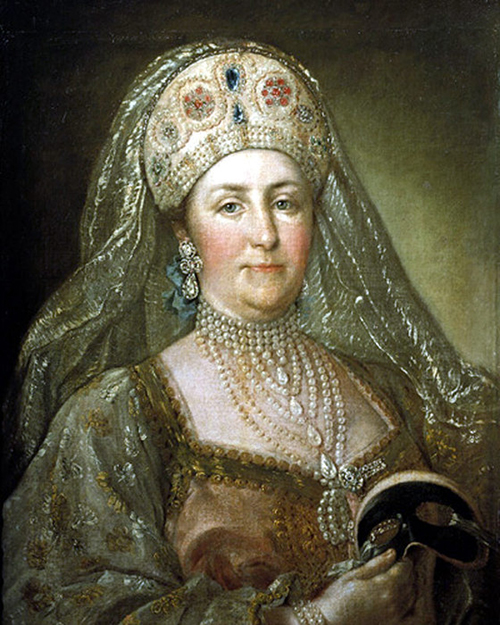 Catherine the Great in Kokoshnik

In the beginning of 20th century Dyaghilev and his Ballets Russes fascinated the Europe with Russian Seasons where the kokoshniks were one of the most exotic, authentic headdresses. Ballets Russes brought vivid interest to Russian culture. 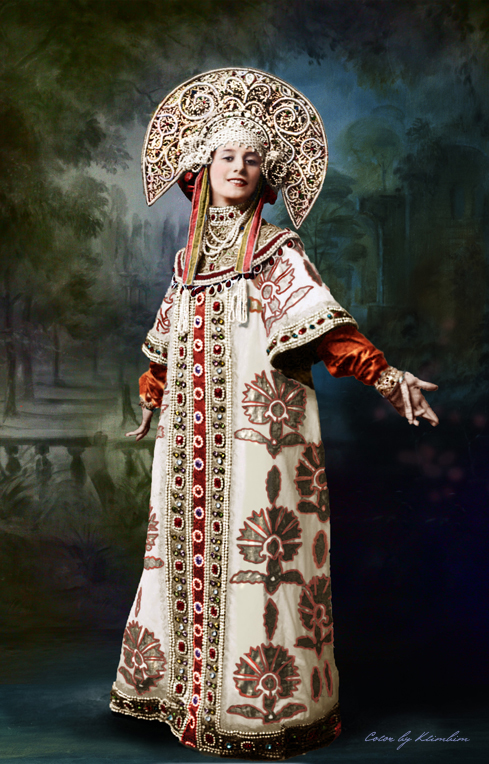 After the Revolution the kokoshnik was reintroduced into the Western fashion by Russian émigrés. But in Soviet time, the kokoshnik was laying in the dust of the attics.
Fortunately, today we can see the renaissance of the kokoshnik that are worn not only on the stage but folk festivals and special family occasions.