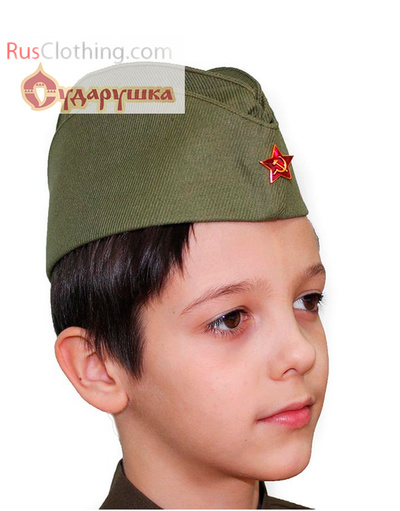 Pilotka side cap is a foldable military cap with straight sides and a creased or hollow crown sloping to the back where it is parted. Russian pilotka cap is known as a garrison cap or a flight cap, a wedge cap or a field service cap. Pilotka hat is a symbol of Soviet soldier of WWII.

Very fashionable hat, wear it to events and parties in Moscow. All my comrades are jealous, would recommend to Grandaay
Vladmir Sevata 30/05/2018, 14:48
Write a review