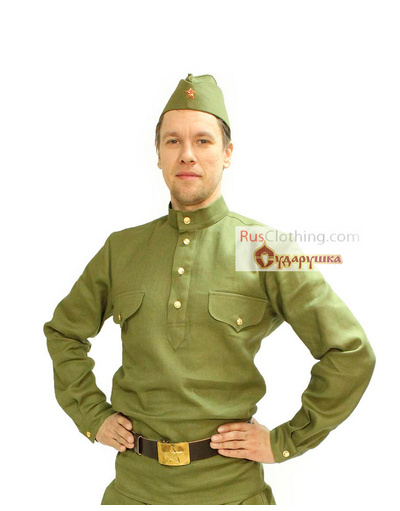 Gimnasterka was a Russian military shirt-tunic in a pullover style with a standing collar having button closure. Originally the gymnastyorka was introduced into the Imperial Russian Army about 1870 for the regiments stationed in Turkestan. The military shirt took the form of a loose fitting white linen tunic with epaulets on the shoulders. In 1943 the traditional Tsarist version with stand collar but in green color was reintroduced, until the gymnastyorka design was finally abolished in 1969.

All the Soviet uniform costumes are made for military purposes and may differ in color for different sizes and caps.