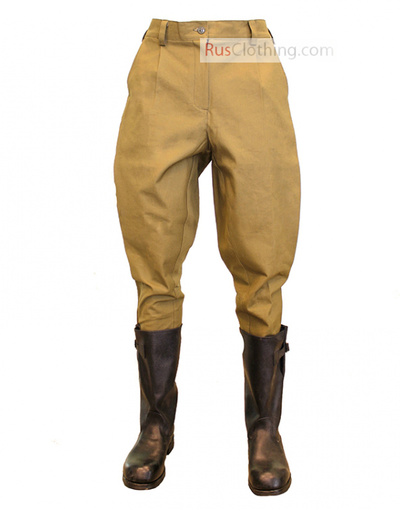 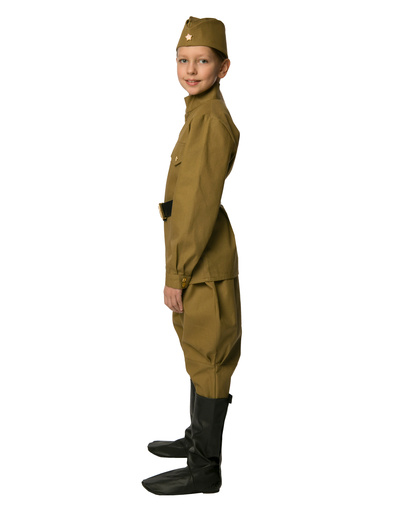 The first military galife pants were brought to Russia from France. They were comfortbale to ride a horse or to pull over high boots and had large pockets for bullets. The same pants ''galife'' were made for a soldier and for a general. These large military pants were abolished from the Soviet Arny in 1980-s.