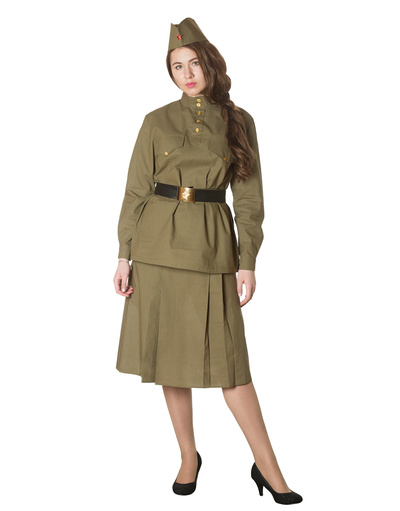 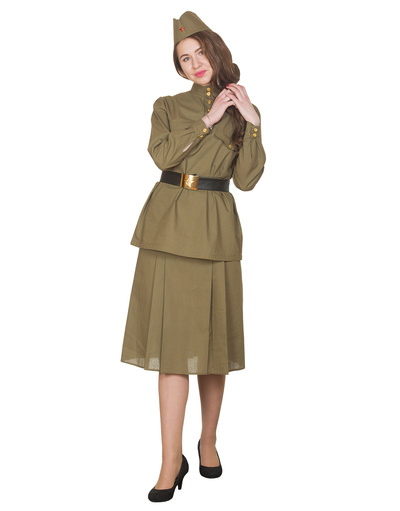 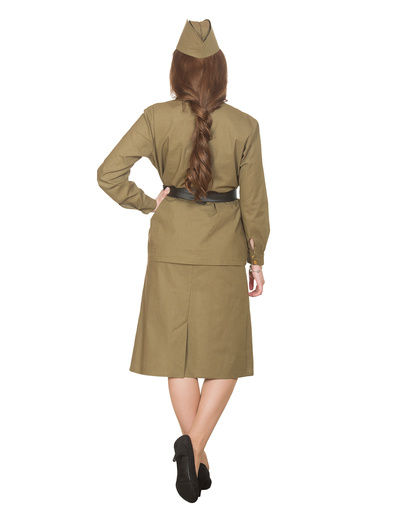 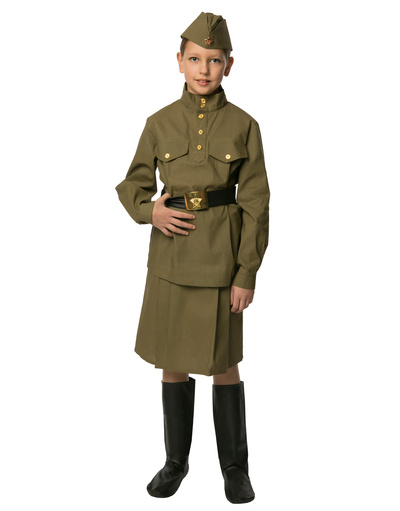 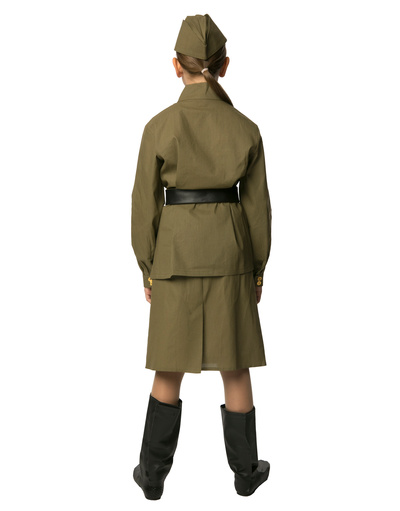 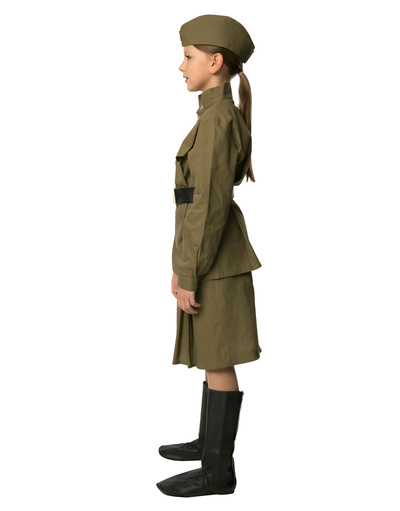 The Soviet Uniform costume consists of: 1 gimnasterka tunic, 1 skirt, a belt and a pilotka cap.