Russian hats for everyone

Russians hats are incredibly popular all over the world.

The main symbol of the Russian hat is, of course, "ushanka" (a bomber hat). It was a warm functional headgear in the Soviet Army which soon became a cultural icon of the Soviet Union.

In fact, Russian hats come in great varieties of furs and shapes. RusClothing.com offers light, summer "kartuz" caps, Cossack shirts, ushanka and general hats. There is a number of different Russian hat versions. The most common that has become a real fashion trend is a grey or black mouton hat with ear flaps.

For animal lovers the market offers faux fur or fleece. The pecularity of the ushanka hat is that it covers competely your head, forehead and ears, no cold, no wind let in. The ushanka secret is in the ear flaps, that can be tied up on the top, or under the chin to protect the ears. 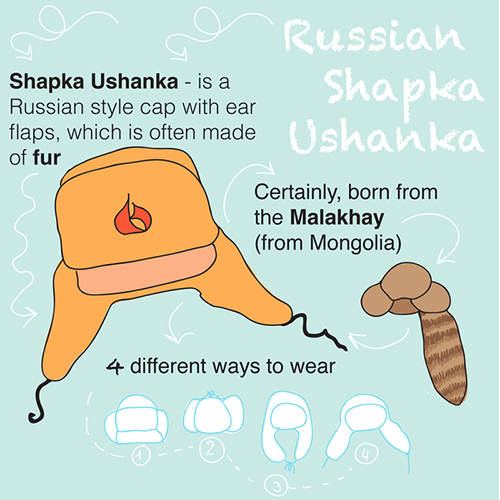 Hats with earflaps had been known in many countries. The current modern ushanka model was introduced by Alexander Kolchak as a winter uniform in Siberia. But this version was not adapted as Kolchak lost the war. Later Red Army redesigned a finnish hat turkislakki M39 to warm soldiers and officers in winter time.

Today in the Arctic regions many people wear mink fur ushankas as they are best to protecti the ears and chin even from "deep frost" (-50 degrees C).

This Russian hat is considered the warmest head piece you may get, especially from natural fur. Ushankas are often made from sheepskin, rabbit or or muskrat fur. If you like the hat style but not sure what to put on together, team your Russian ushanka with a padded or leather jacket. Skinny jeans will streamline your ushanka look. 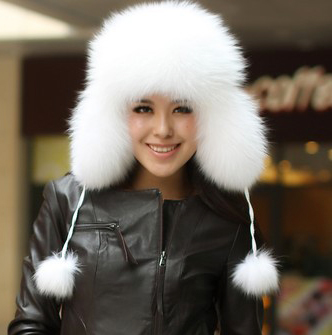